Thousands of books have been written about World War Two. Because there are thousands upon thousands of stories from this era. Every person of that time could give you a testimony of their experiences.

Including myself. This is why I picked up Ancient Furies at the library.

Ancient Furies is the story of a young girl, Anastasia Saporito, caught in “the crossfire of World War II.” (In the words of the subtitle.) Asya, as she is called, lives in Belgrade, Yugoslavia. She passionately loves her hometown. Her fierce love for the city is woven throughout the memoir. Anastasia uses rich imagery to describe Belgrade and those around her.

Growing up Asya had a golden childhood. However as she grew older the threat of war loomed closer and closer. Eventually the Nazis invaded Yugoslavia, destroying Belgrade and its people. Asya was shattered along with the city as she watched her former life fall to pieces. From this point on, the book takes the reader through Asya’s experiences and thoughts during the war.

Reading about someone my own age who grew up in such a turbulent time was very eye opening. Asya not only had to deal with the confusion around her, but also the confusion in her own heart. Ultimately the chaos on the inside and out collides and Asya makes a heartbreaking decision.

(Don’t stress, I’m not spoiling anything.)

She turns her back on God.

She turns away from Him because she cannot follow a God who “creates” such atrocities. In her mind God must be on the side of her worldly enemies, because it seems to her that darkness is prevailing. (These enemies and the darkness are the “ancient furies” of the title.)

Asya is just like so many others in this world. If only they could see that evil breaks God’s heart! He does not wish for it, nor does He cause it. In fact, we made the choice to sin in the garden, which allowed sin to rush into the world. (See Genesis 1, 2, and 3 for the full story.)

But God did not leave us hopeless as Asya believed. He sent Jesus to die for our sins, providing hope for this world. When darkness surrounds us, He is the light inside of us.

“In Him was life, and the life was the light of men. The light shines in the darkness, and the darkness has not overcome it.” (John 1: 4-5)

So the question this book begs to ask is, where do you run when your world falls apart? To God? Or away?

I know that not all will answer with “to God.” But I want to remind you of something. For Asya, life seemed to be full of darkness and despair. But no matter how bleak life becomes, when we have the light in our hearts we know that one day we will be with Jesus. And in His presence there is fullness of joy; at His right hand are pleasures forevermore. (Psalm 16:11) 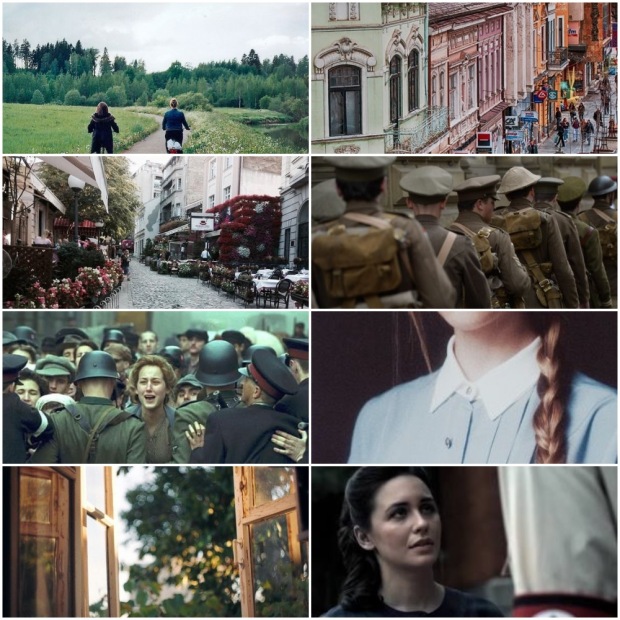