To this day, I’m not sure how many times second grade me watched and read The Lion the Witch and the Wardrobe. I remember pretending I wasn’t interested in the book so my mom wouldn’t have the satisfaction of being right that this was indeed a good recommendation – the best book I’d read in all my seven years. (Yes I was that stubborn as a child.) And then I promptly read it five more times in a row against my mom’s suggestion of moving on to other books.

Over ten years have passed since that moment and I honestly am not sure how many times I’ve read the Narnia series – at least three times, if not more for some of the individual books. There was a solid couple years in elementary school where every game of pretend involved the Pevensie children. My cousin, my sisters, and I on our annual summer vacation to the mountains would run around the pine trees with plastic swords and a bow we made of sticks and string pretending to be Peter, Susan, and Lucy (my cousin refused to be Edmund and we didn’t have another boy to play him). 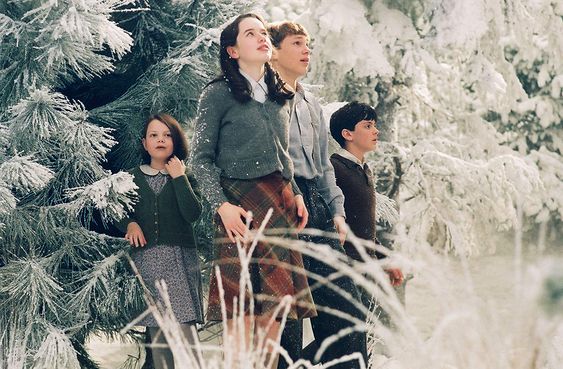 Something over the past week or so reminded my siblings and I of our childhood Narnia obsession and for the first time in years we sat down and watched The Lion the Witch and the Wardrobe.

Quite honestly I forgot how much I love that story. And just how full of depth it is. Watching the lamp-post scene with Mr. Tumnus and of course the iconic “For Narnia and for Aslan!” moment gave me all sorts of nostalgia. There was again the colorful camp of Aslan, the majesty of Narnia’s triumph over the White Witch, the humor of the Beavers, the beautiful soundtrack theme, and the glory of that last scene in Cair Paravel. I was surprised to remember just how much the Pevensie siblings bicker in the beginning and how sweet their bond grows by the end. I’d forgotten too, what goosebumps the words “Aslan is on the move” gave me.

At the name of Aslan each one of the children felt something jump in its insides. Edmund felt a sensation of mysterious horror. Peter felt suddenly very brave and adventurous. Susan felt as if some delicious smell or delightful strain of music had just floated by her. And Lucy got the feeling you have when you wake up in the morning and realize that is is the beginning of the holidays or the beginning of summer.

On that note, what I realized most of all was how very timely it was that we watched The Lion the Witch and the Wardrobe again the night before Holy Week. This next week is the most important week in all of history – and I do not say that lightly or subjectively. We had been dead in the winter of our sin until the death and resurrection of Jesus. Just as Aslan moved further into Narnia and spring began to come, so as we move further into Holy Week the clearer it is that the Devil never truly was the one with a grip on the world. Just as the Stone Table cracked as the Dark Magic was reversed with Asan’s rise so the stone rolled away from the grave as death was conquered in Jesus’s resurrection. 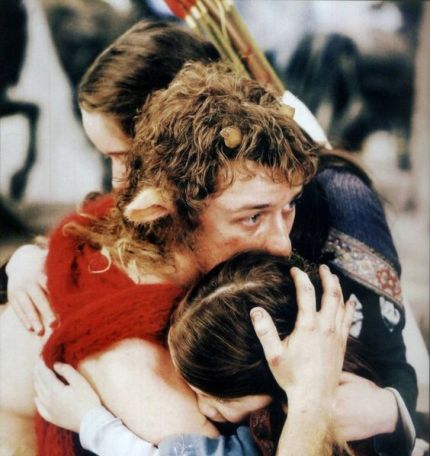 With the brutal death of Jesus – the death in which he took on all our imperfection – and with his triumphant resurrection we see that Jesus indeed defeated death. For some reason, the Witch’s demand for the blood of the traitor, the sacrifice of Aslan in Edmund’s place, his terrible death on the Stone Table, and then his triumph over the White Witch has always spoken very poignantly to me of all that the Gospel conveys. With the days of the events of Jesus’s last days so near, the story line of Narnia spoke all the more to me of the glorious grace we have in Christ. 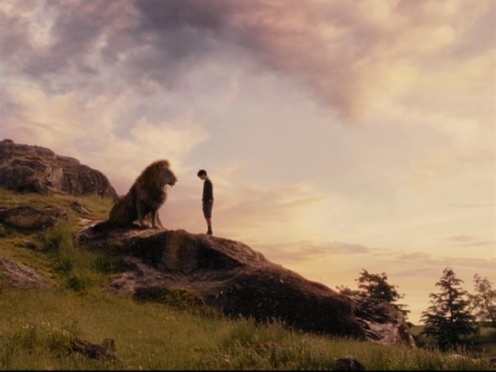 All that said friends, we serve a mighty and holy God who is over sin and death. He truly has conquered the grave and demonstrated His wonderful love for us on the cross. There is nothing like this in all of history. The God of all that is, the God whose holiness made Moses’s face to glow upon a glimpse of His back, the God of whom is sung “Holy, holy, holy” in the courts of heaven, the God who is so holy that sin cannot stand in his presence sent His sinless Son to take on our sin.

As Mr. Beaver says of Aslan – “Safe? Who said anything about safe? ‘Course he isn’t safe, but he’s good. He’s the King I tell you.” 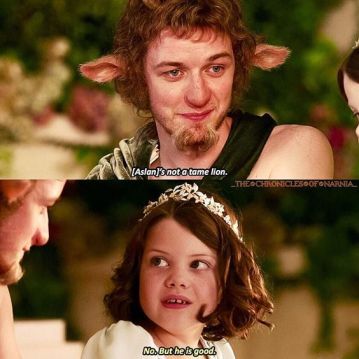 Considering who He is and all He has done for us, we would do well to praise Him this week and always. In light of all the uncertainty COVID-19 has brought us, we may have certainty beyond all in this life of His salvation. His salvation, his character, my friends, is unfailing and unwavering.

Aslan is on the move.

Let us remember the week that Jesus was on the move to accomplish the means of our salvation.