Old photographs lay scattered across the empty lament floor. Everything else – bed, chairs, table, bookcase, television – all five pieces of furniture to his name were gone, he’d sold them on EBay the week before. He’d passed the last seven nights on the floor in a sleeping bag that kept him as warm as a swimsuit in Siberia. His back was perpetually sore from the nights on the floor, the lifting, bending, and carrying. It was no pastime to pack away your life, however little had constituted it.

He despised this constant upheaval, this ongoing displacement. Seven years of town-to-town, paycheck-to-paycheck, it went on unceasingly, without mercy. For four of those years there had been nobody, the two before and the two after. He didn’t permit himself to think of the somebodies in between. Texas was behind him.

But now these pictures lay on the floor, reminding him of her. They were slick and glossy beneath his fingers speaking him of his memories’ transiency.

Grace shuffled behind him, a movement of the present.

She was here. She was not transient like the memories of the photographs. She was new; unlike all else in his life She broke the monotony of his bland oatmeal-without-sugar life with a personality that spoke of meaning beyond his drudgery.

“Who’s this?” She asked, curiosity stitching the rims of her nut-brown irises.

Remorse tightened its familiar fingers around his heart and throat. He didn’t have to look over her shoulder to know what picture she was holding.

It was the photograph he’d taken with his Canon he’d bought himself high school – the one he bought when he decided to run away. A photograph three years old. The one of her, the other girl, the one who snuck into his life with a quietness that took all his attention. She was there, standing beneath the live oak, fallen leaves scattered around her, too abundant to count. She was smiling that smile that began at the corners of her lips and took hold of her cheeks and eyes.

She had been his wife.

He’d never expected her. Not after what happened freshman year of college. Not after the volcano of problems with his parents erupted and pushed him from home. Not after all he’d done. He didn’t deserve her.

In his mind’s eye he could still see her graceful movements, willow like limbs, silky flaxen hair, the soft drawl of her voice. She was grace itself. There was a strength to her prettiness. He’d been afraid to touch her – fearful he’d corrupt her beauty with his filth. He knew he could be washed free. But the stains upon his soul were too deep to clean.

Three years they’d spent together before death’s ebony fingers pried her from him.

Perhaps that was his punishment.

He missed her. There was a hole in his heart she had once filled. Her passage from this world tore the chasm wider, until it gaped and wept. She’d been his salvation from this hollow life of running. She was too good for what had taken her.

Grace, who knows so little of his world, so very little, picks up another photo, the one of his wife and daughter.

“Is this you daughter?” A softness has crept into her words.

He nods, a memory of the wide sky eyed tiny girl running and laughing and leaping into his arms. He closes his eyes. He feels his lips begin to quiver, an earthquake of emotion. 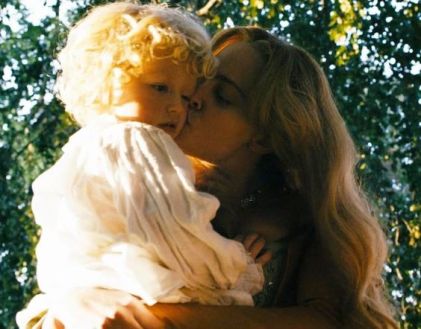 “They died,” he says, although she hadn’t asked.

Grace didn’t need him to tell her that. She knew from the water in his eyes, his weakened tone, furrowed brow, and shaking lips that he’d never said those two words aloud before.

“It was a car accident,” he fell against the wall and pinched space where the corners of his eyes met the bridge of his nose. “My baby,” his voice cracks, “died on impact. She went the next day.” He’d never allowed himself to say those words. Somehow speaking them solidified the past. They had been real. The accident had been real. His joy, his sorrow, had been real.

He’d never shared that torrent of pain before. There’d been no one to share in his deepest soul throbbing grief. Her parents were distant strangers, people who hadn’t seen their beautiful daughter in years, and came back only when it was too late.

He doesn’t want to remember the day they laid them in the ground. Doesn’t want to recall the tears of rage and the words he spit at God. “God didn’t do this”, the preacher had said, “God didn’t cause this evil.” But why hadn’t he stopped that truck from taking his whole world?

His shoulders heave and his breath comes and goes raggedly.

Grace sets the photos on the floor and comes to him, enfolding him in her arms, and his head falls into her shoulders. She holds him while the years fall drop by drop, her embrace a silent declaration of understanding and empathy.

A soft reminder that just as she was there, so tangible, grace was too. It stretches toward him through the sunlight falling in through the windowpanes. “There’s still grace,” it whispers, “grace is here and Grace is here.”

That humid Texas night and all his soul devouring guilt comes pouring forth from him, falling away, away, away.

She holds him tighter and cries too, and he knows that he can begin anew.

The simple cross upon Grace’s throat catches the light and his eye.

Softly, tenderly, slowly, she brings him closer to a grace and love not of the world.

To love another person is to see the face of God.

(Image from Pinterest. Image of woman and butterfly from The Tree of Life.)