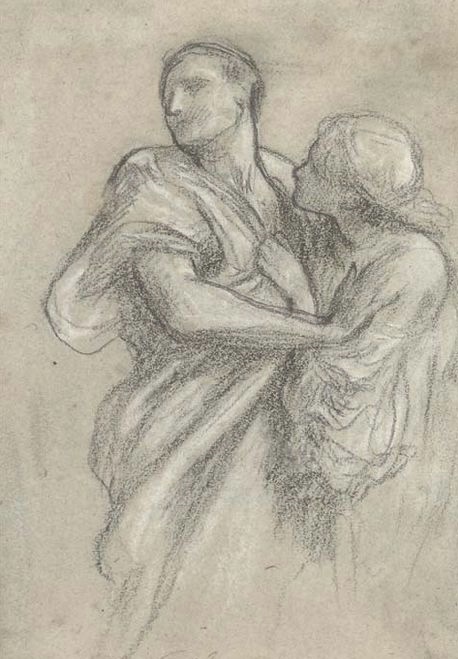 Hadestown and Atonement, as different as their mediums are, are surprisingly similar in conclusion.

In McEwan’s novel, the central character (Briony) spends decades seeking to right a wrong. Her naive nature and presumptuous lie gift her sister and close friend a life of hurt and shame. Briony finds peace in fictionalizing an ending for their ruined lives. It is in this attempt for atonement that she finds peace.

Notice that I said attempt. Because Briony ultimately does not right the wrong that she created.

In Anaïs Mitchell’s musical, Orpheus attempts to rescue Euridice from Hades, but he fails when he breaks the order not to turn around to see if Euridice is still following him. He succumbs to doubt despite her singing continuously to assure him that she is indeed with him.

And yet, “it’s a sad song, but we keep singing even so.” Orpheus is not shamed for his weakness. Which in it of itself is not a bad thing, but, the failure to speak of his failure other than to express the tragedy of it, is to do no more than pat him on the back and say “good job, you tried your best.”

Both Atonement and Hadestown praise the attempt but offer no solution to the raging grief of human failure.

Maurizio Ascari in his essay “Beyond Realism: Ian McEwan’s Atonement as a Postmodernist Quest for Meaning” says:

“The condition of lawlessness and the impossibility of atonement Briony experiences as an atheist story-writer resonate with the existential condition her author and many other individuals experience in a Western world that is being progressively deprived of God as the ultimate source of authority and meaning. Far from being nihilistic, however, Atonement spells out an ethical imperative that consists in accepting a mission impossible. In the absence of a self-revealed, provident creator, rules have to be redefined in the here and now. In such a world there may be no atonement for the past, but the attempt is what makes us human.”

If we are speaking of a world without redemption, without a “self-revealed, provident creator” then Ascari is absolutely right. There can be no atonement, not for Briony, not for Orpheus and Euridice. To suffer and suffer again with the hope that perhaps this time it will be different is meaningless if one never reaches their goal. What is the point of tiring oneself without the promise of healing or resolution?

Ascari says it’s the attempt that makes us human.

But is the attempt all there is?

To dismiss the inescapable human desire for fulfillment and restoration, that evades all of us (without the Lord) and chalk up its importance to the attempt is to deny what humanity craves. It’s foolish to look at a desire so strong that it ravages and often destroys and say that to think of restoration is futile.

In a world without God, yes, there is only the attempt.

There has to be more to this life than the attempt.

Briony spends her whole life striving for a restoration she never finds.

Orpheus and Euridice spend their lives apart from each other because they could not try harder.

That is not where I want my story to end. A pat on the back does not satisfy the burning insufficiency I feel within myself. I am completely incapable of healing myself.

AL Phillips says in her article about Hadestown on the Gospel Coalition:

“We can recognize the deep, resonating truth of Hadestown: that we are unable to rescue ourselves. And as Christians, we can also recognize the musical’s lie: that our only hope is to convince ourselves, despite the evidence, that the story might turn out differently next time if we just keep trying. As Christians, we can rejoice in our knowledge that the story will turn out better in the end. And this is not because our valiant efforts finally paid off, or that we saved ourselves. Rather, it’s because we embraced the Savior—and his efforts were, are, and will be enough, each time the story is told.”

Both Hadestown and Atonement praise the attempt, telling us that it is all that we have. And while both are impressive, important, and poignant stories, their ultimate tragedy is the lie that they give in saying there is no more beyond ourselves. We cannot look within ourselves for atonement. Rather we can look to the one who Himself was the Atonement.