When it comes to period pieces, Pride and Prejudice is most definitely the most well known. For good reason too, the plot is romantic, the music is beautiful, Mr. Darcy is beautiful…

As great as P&P is, there’s a whole other world of period dramas that is yet to be discovered by the masses.

When I sat down to watch this today, I was only intending on watching the first episode. Well, I ended up watching all three episodes in one sitting (don’t judge, I’m sick and have nowhere else to be except the couch) and may I just say my expectations were surpassed. The romance was captivating, the music perfect for the time period, and the plot line full of action, romance, and forgiveness.

The story follows John Ridd, a young farmer who watched his father die at the hands of the neighboring clan, the Doones, as a boy. The Doones terrorize the neighboring farms in order to try and restore their clan’s former glory. John Ridd meets and falls in love with Lorna Doone, the “queen” of the clan. Their romance is heavily tested as old grievances make themselves apparent, new ones are created, and secrets are brought to light. In all of this, John must learn the difference between revenge and forgiveness.

What to say about this one? Wives and Daughters has a fairly simple plot. Molly, a young girl, falls in love with Rodger, who lives on the estate next to her father’s. Completely oblivious of her feelings, he returns her love with friendship. When Molly’s widowed father remarries and a stepmother and stepsister enter her family, Molly watches helplessly as Rodger falls in love with Cecil, her kind, but often selfish stepsister.

This is a delightful miniseries, it has a unique charm to it. I highly recommend the movie North and South, as well, as it’s based on another book by the same author. 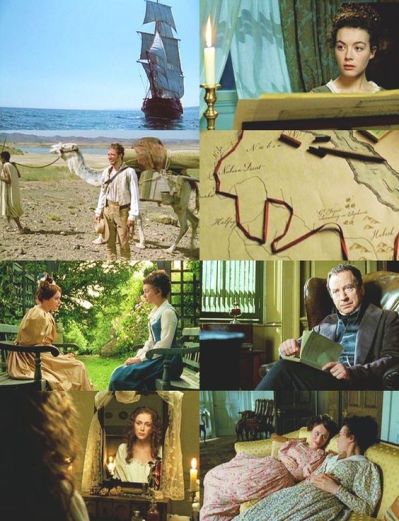 This miniseries came out a few years ago, and while not my favorite, it was still very charming and colorful.

Essentially, the rich (aren’t they always rich?) Frank Gresham falls in love with the poor Mary Thorne, who is raised by her uncle Doctor Thorne. Their love is tried by the Gresham’s persistence that Frank marry for money, as their fortune is at stake, and a rich drunken neighbor who tries to steal Mary from Frank.

The Man From Snowy River

This Australian movie is a gem. The music and romance… just ahhhh. Very sweet. (The best song is Jessica’s Theme)

The movie is about Jim, a boy who has just lost his father. He moves down to the lowlands to work for Harrison, a wealthy rancher. However, the ranchers don’t respect the boy from the mountains. Jim sets out to prove his worth and earn his manhood, with the support of the rancher’s daughter Jessica. (“Jesssicaaaaaa!” You’ll understand after you watch the movie.) There is a second movie, but its not nearly as good as the first. Both are somewhat cheesy, but they’re cute, warm and fuzzy cheesy. 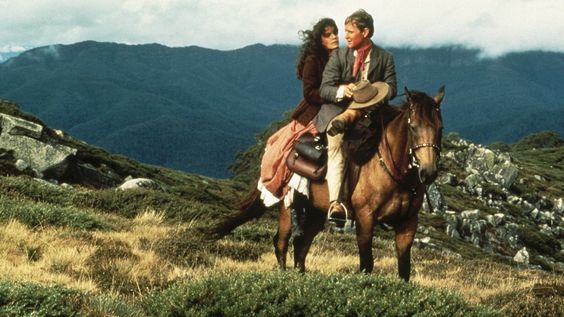 This very charming movie is based off Louisa May Alcott’s first novel of the same name. The story line is fairly simple but sweet; young Edith, an orphan, grows up as a ward in a house where is treated as one of the family. She falls in love with a visitor to their estate, James Percy, who returns her affections. However, a scheming niece tries to break up the match by slandering Edith’s good reputation. 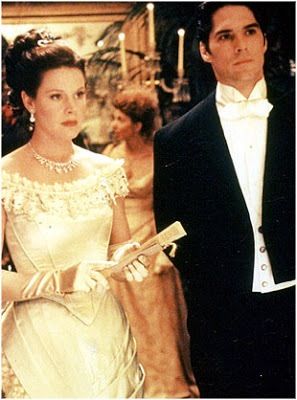 Winnie Foster, a fifteen year old girl, meets a boy in the woods whose family has found the “fountain of youth.” They drank from this spring accidentally and haven’t aged a day since. As Winnie (Alexis Bledel of Gilmore Girls) falls in love with Jesse Tuck, she has to decide if she wants immortality. What I love about this movie is that it reminds us our lives weren’t meant to be forever lived in a fallen world.

That’s all for today, what are some of your favorite period dramas? I’d love to hear!